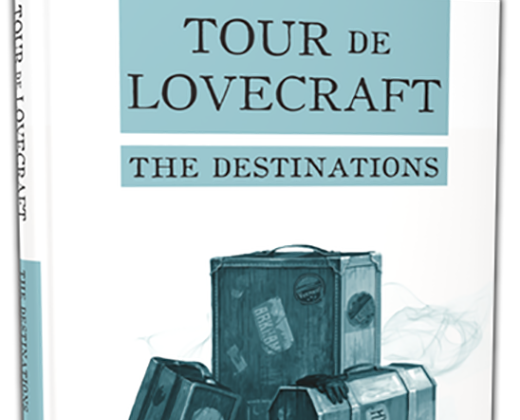 Kenneth Hite guided readers through Lovecraft’s plots and themes in his earlier book Tour de Lovecraft: The Tales. Now, expanding on his “Lost in Lovecraft” essay series in Weird Tales magazine, he takes you on a sight-seeing tour of Lovecraft’s settings: from Arkham to Antarctica, and from New York City to Hyperspace.

I’m excited to be the cartographer for Ken Hite and Atomic Overmind Press on this project. I’ve been tasked with re-creating a map of North Eastern Massachusetts from the 1930’s except modified to be show all the various sites and geography found within the works of H.P. Lovecraft. The final map will be a fold out road map from the book giving you an exact replica of Lovecraft country.

This project intends to very accurately follow the style of 1930’s American Road Maps, recreating the fonts, colours, symbols and line work to make it indistinguishable other than the altered geography from a Shell Map of the time.