So you want to create a map of a fictional world, it’s a daunting process as the scope is huge, a whole world? What about cities and countries? The important thing is to set some initial constraints, and to pick constraints that will help shape your map into something that serves the audience the most.

I always start by looking at the maps scale. It is the first and most important constraint to identify, for it is the scale at which the characters (be they role played or narrated in a book) will regularly interact with the world.

Scale by the dictionary is a ratio which compares a measurement on a map to the actual distance between locations identified on the map, but in the context of fictional worlds it means so much more.

The characters of a story interact with the world at a scale of 1:1. We can all make some absurd jokes about the only accurate maps being at 1:1, but this is the scale that a character will live and interact with the fiction (role-playing and/or storytelling).

As we move away from a scale of 1:1, the world becomes less and less about characters direct experiences. Characters can manipulate objects in an assembly diagram at 1:10, piecing together the components of a pole arm to fight the evil dragon. At 1:100 or 1:200 the characters might move and interact within a building. At this scale there still isn’t a lot of abstract interpretation, characters are looking through the windows they can immediately perceive, understanding a room’s layout or trying to avoid the pit trap in some dark dungeon.

The largest scale topographic map is probably at 1:2,500, at this point characters would be looking at the homes and inns and how close they are to each other. Is the alley wide enough to hide the truck? What is the shape of the hill and will those trees give the SEAL team the best approach to a house under cover. 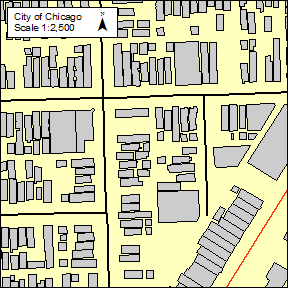 As we move our mapping lens farther away, less and less of what the characters see is directly related to their moment-to-moment experience and actions. At 1:10,00 we can see entire city blocks and the layout of a city. Maybe the characters are plotting an escape or tracking a shipment across the town. 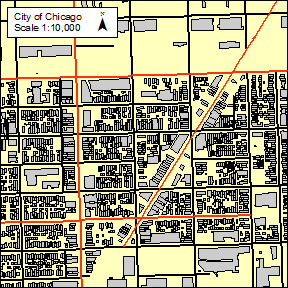 Somewhere between 1:100,000 and 1:250,000 the characters direct experience disappears completely and we arrive at what are known as small scale maps. 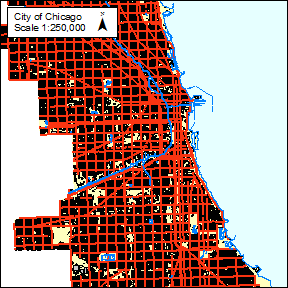 Understanding the purpose of a small scale map – of countries, regions or of an entire planet will entirely depend on a characters prior understanding of geographic concepts like nations and travel routes. 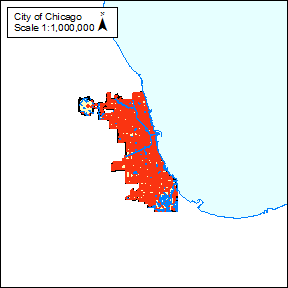 Characters can only understand small scale maps as they serve to provide the connection between various areas where they have had direct experiences or that the fiction has been explained to them in case of the audience/players. If the Human characters are from Rohan and the Hobbits are from the Shire, we can look at a map of all Middle Earth and begin to understand how far apart these cultures are from each other and possibly some of the geo-political relations they may have. However we no longer get a sense of how the characters directly experience their lives. The sum of the characters personal experiences and memories are reduced to a single labeled point or feature offering few hints besides basic geography to their true aspects.

It’s important to understand these concepts of map scale when we look at making a map of a fictional world. The audience or players have very little initial fiction to relate to these places. We may if we are lucky have  some artwork on the map, showing fanciful cities or exotic flora and fauna to help anchor the otherwise abstract geography. A map of middle earth makes a surprising large amount of sense to most people who are reading this, but only because we’ve been exposed to so many stories and depictions of this specific fictional world. When we first cracked the spine on the Hobbit, Middle Earth just looked “neat”.

I’m not trying to say that World maps have no place in fiction or RPGs, what I am trying to do is remind map makers that without a solid base of supporting fiction a world map of a fictional place is only going to be a pretty picture. So if we are trying to make a functional map that will serve the reader/player we have to do our best to directly tie elements of the fiction into the map and ensure that the scale we choose will help to maximize the experience.

For purposes of expanding this discussion to my current work, we are going to examine the fictional setting of Will Hindmarch’s Project Dark. The short pitch of this RPG is to play fantastic thieves in a fantastical city in this new stealth-adventure tabletop roleplaying game.

The first question to ask is what map scale would be the most meaningful for the target audience? In Project Dark our central characters will thrive on the personal experience of hiding in dark alleys and various acts of thievery. The characters need a map that will show the world in a scale they can appreciate, plot and move about on. If Project Dark was more about rival countries going to war and the geo-politics of Game of Thrones I would likely want a smaller scale world map and my process forward would be quite different. I’ll talk about small scale mapping of entire worlds in another blog post.

So if this is going to be a city map it needs to have a just enough detail to have all the major streets, their names and major features. We also want to rough out how big the city is going to be, no point in having a 1:10,000 map when we can only see ¼ of the city on a 6×9 page.

History has a lot of maps

I’ve never mapped a city from scratch so I wanted to see what other historical efforts had been made to map cities on the scale I was thinking about. Will Hindmarch’s art notes indicate he wanted a city of a London meets Venice/Constantinople feel. So I began to look at maps of London produced in the mid to late 1800’s and early 1900’s. I began to notice a trend that most British Survey maps of cities such as London used a scale of 1:10,560 or 6 inches to 1 mile and after some testing I settled upon this scale for the poster of Project Dark.

So how big will this city be?

A map scale of 6” to 1 mile will mean that if I make a Poster 24” by 18” the city would be around 4 by 3 miles and have an area of 12 square miles (31.07km squared), for a fantasy era city this is actually pretty big. The modern day borough of Westminster, London is 8.29 square miles and the ancient city of London is only 1.29 square miles. So that makes the City on the Saturnine about on par for the same area as an early 1800’s era London.

For perspective this PDF is modern day Chicago at the same scale and poster size, this perspective is going to help as I try to take my early sketch provided by Will and map it into the real world. Next post will be more about my functional process, my tools and cartographic representation.