Why do we all hate kobolds so much? It’s just a matter of course that in every fantasy rpg you play your first level adventurers will go out and murder a couple dozen kobolds, collect their loot, a bit of experience and move on to bigger badder things. Ever wonder what the kobolds thought about all this? Ever think maybe all those kobolds aren’t the bad guys we make them out to be? Well No Country For Old Kobolds is built to explore the world through their eyes!

No Country For Old Kobolds is a tabletop pen and paper rpg based on Dungeon World by Sage LaTorra and Adam Koebel and World of Dungeons by John Harper. While it maintains some of the core mechanics of these two games it has been heavily modified to better model the world of kobolds.

You’ll play champion kobolds – the best of the best – protecting your village from the kingdoms that you created during game setup. As your kobolds die they pass traits down to their children, each generation getting stronger and more capable! You’ll fight for your village in a game of survival, heroism and black comedy.

No Country For Old Kobolds is built for up to 6 players including the game master (the storyteller and referee). By funding this game you’ll get the full color core rulebook, all digital stretch goals, and access to all beta documentation so you can start playing today! What are you waiting for?

I was brought on to craft a world map that could be used during setting creation to determine what kind of kingdoms surrounded the Kobolds, the final map became a laminated game aid. 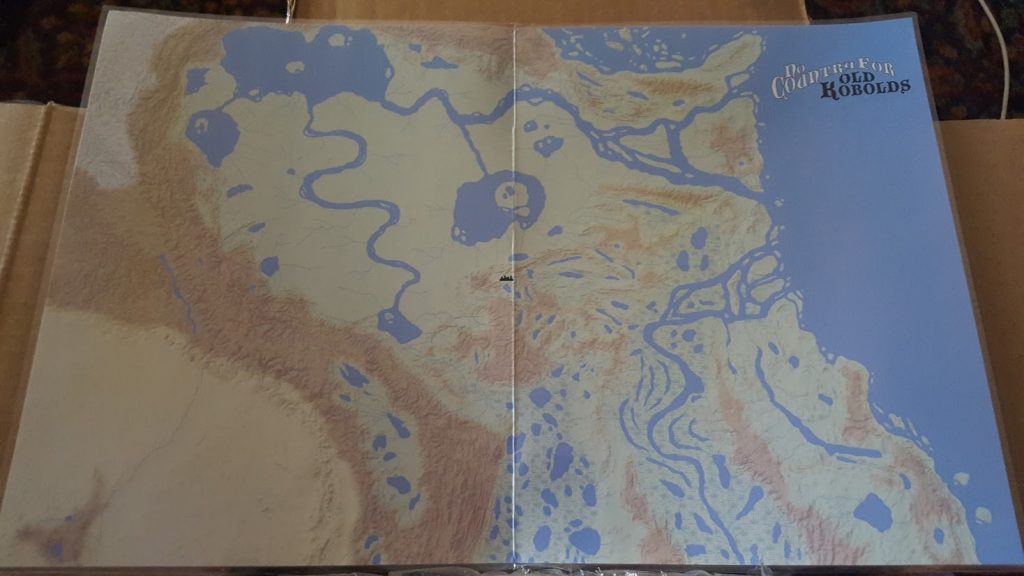